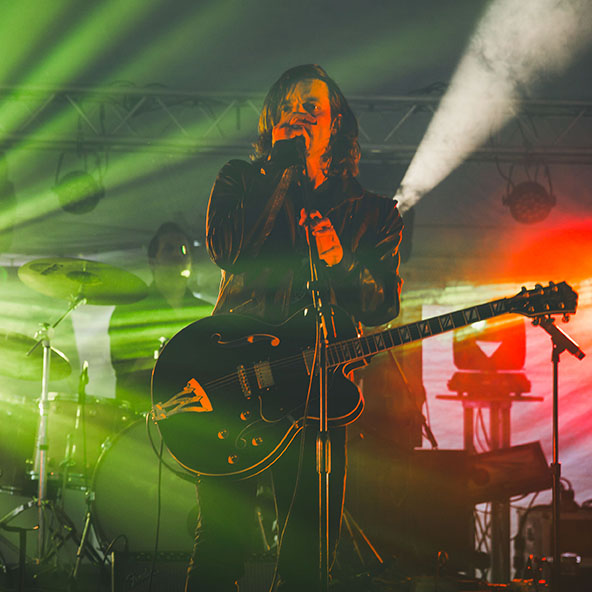 “I can hear music in the stars/I can paint pictures with my voice,” claims singer/ songwriter Kurt Baumann in “Music in the Stars,” one of the songs on The Burned, the name of his solo debut project, the result of a lifetime chasing his muse.

“People have described my music as kind of spooky and dark,” says Baumann, much of its inspiration coming from the parched terrain of his home state that has produced a musical melting pot of country, blues, soul, rock, R&B and psychedelic
sounds. “I needed to fulfill this vision by going back to my Texas roots.”

A vocalist from the time he could walk, Kurt would sing country songs for his elementary school show-and-tell, always knowing he had a stage presence, but it wasn’t until he gave up music, traveled to Mexico, and had a number of explorative journeys and experiences that he found he had something to write about.

“I wanted to find a deeper thing within myself to present to the world,” he says.

Listeners appreciated The Burned for its evocative tales, proclaiming the album “fantastic” and “worth every penny.” Television and radio responded well, too, with “Man Running” featured on NBC’s hit show Chase, “Make Believe” on CW’s Gossip Girl, and “Time” on ABC’s Make It or Break It. “Hard

Lesson” became a most requested song (2012, KINK in Portland, Ore.) and settled in at number 3 on Seattle’s The Mountain. Critics raved, including Skope Magazine’s Diana Olson who wrote, “It’s rare when music and lyrics reach down and touch your soul. So rare, I can’t remember the last time it happened to me. Suddenly, I am sitting here mesmerized by The Burned. Thought- provoking, current day lyrics are combined with mellow, acoustic and electronic sounds that extend themselves creating visual experiences that transcend definition.”