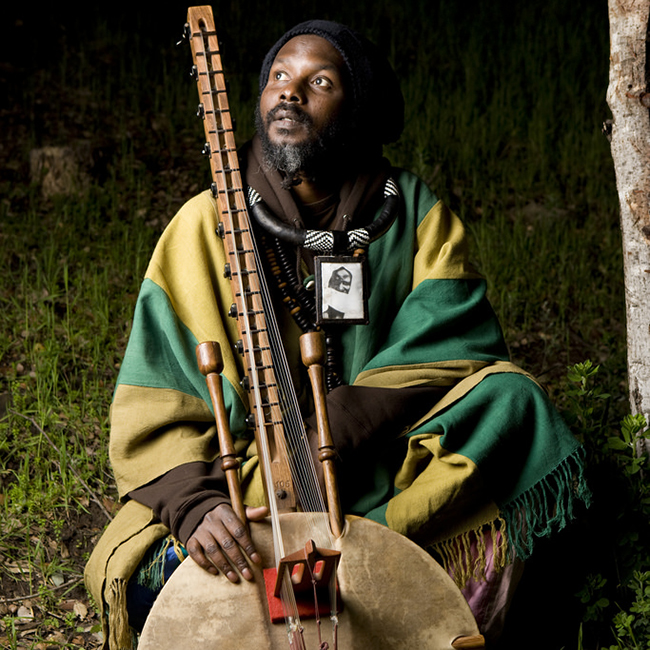 Youssoupha Sidibe recorded with Matisyahu on his album “Youth” which Youssoupha received a Gold Record, as well as a Grammy Nomination.

“Youssoupha is great. I have performed with him many times — almost always without any rehearsal or even speaking much — and we find ourselves on stage together sharing very deep and moving musical improvisations. His melodies are beautiful, his rhythm is engaging, and he is a spiritual man transmitting roots music. I am a fan of Yousoupha and his music.”
-MATISYAHU – Multi-Platinum Selling, Grammy Nominated Musician

Youssoupha Sidibe is a Senegalese West African Kora (African Harp) player. Throw out all your ideas of what a harpist is, Youssoupha breaks out of traditional Kora styles many hundreds of years old, still predominant in Kora players, to create a new style blending aspects of Reggae, and western music creating a new style that has never been heard before.

Through this and many other collaborations, as well as countless performances over the course of 25 years, Youssoupha has developed thousands of fans all over the world. Youssoupha has performed and recorded with many exceptional musicians. Grammy nominated for his collaboration with Matisyahu (Youth), he has released albums with Charles Neville (Tree of Life), Midnite (For All),Steve Kimock (TBA) a duet with Michael Franti (What I be), and collaborated live with India Arie, , Bela Fleck and the Flecktones, Michael Kang of String Cheese Incident, Chris Berry Trio, Shimshai, and many more.

Youssoupha has performed at some of the most famous festivals and venues in the world including :The Hammerstein Ballroom NYC, The Warfield Theatre SF CA, The African Festival of the Arts Chicago, Reggae Rising, Reggae on the River CA, Stanford University, Salmon Arm Roots and Blues British Columbia, to name a few.